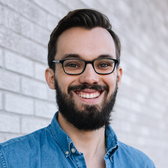 I thought I was a good ally. When a friend called me out a couple years ago for not following enough